Fashion over Technology? The ‘Pink Effect’

Are women less able to grasp technology? Are men smarter? Why is it that when they make computers specially marketed for women they focus so much on the colour and the matching bag and forget all about the specs? Are women being scammed? Are we paying more for the ‘pink effect’ and are left with inferior technology because men assume we don’t know the difference?

These were questions that came to my mind while researching for the top 5 fashion laptops. Then I started thinking about boys and their toys and I ask myself are they really that much better? I mean they learn all the technical jargon and then pester us forever with pretensions of superior knowledge about computers, but really except for a small elite who spends all day and all night, working, playing, eating, chatting, breathing, sleeping and not having sex behind a computer, the rest of the male population doesn’t know that much more about computers than the fairer sex. 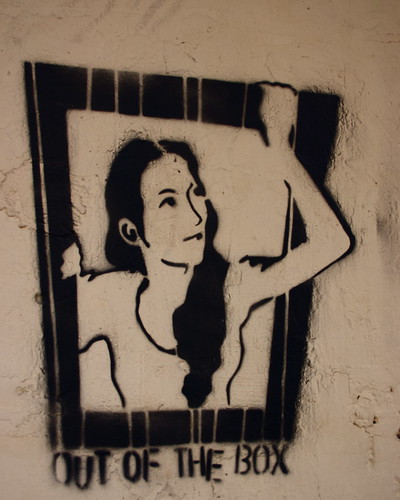 Why do you think your boyfriend comes home and announces that he has just spent £1000 on a laptop that has a 1 TB hard drive, what was it? 20 GB of RAM or was it 40? Who can remember? He then proceeds to bore you to death with the following:

Intel’s Core 2 Quad processor, 130M for graphics, along with 4GB of DDR3 memory. It offers a full HD 16-inch display. The screen also features ambient backlighting – dimming, where conditions allow – and is mirrored by the backlit keyboard. An integrated Blu-ray drive lets you watch high-definition films. With graphics handled by a dedicated Nvidia GPU, there's enough 3D power to handle multimedia tasks with ease, and HD movies play back smoothly.

You have no idea what he just said and you can be pretty certain neither does he! I bet he has no idea what all those fancy specs are supposed to do but the salesman has assured him that he couldn’t possibly lead a meaningful life unless he owns this machine and he believed it. If by this stage all you can do is calculate exactly how many pairs of designer shoes you could have bought with that money then you two are well suited for each other. But if you are thinking “OMG what an idiot, he could have spent a third of that on a computer and taken me on a romantic weekend in Paris with the rest” then my sympathies are with you.

I have to say I don’t completely agree with women who get all annoyed with girlie looking computers and gadgets and see it as degrading. If I’m buying a laptop, I expect it to boot up fairly quickly, have a wireless card, decent screen size, good sound, good picture quality, enough memory for my photos and the occasional cheeky Glee or Big Bang Theory episode and powerful enough processor and RAM so I don’t want to shoot my brains out whilst waiting for Photoshop to load. Now if I can get all this and a nice looking albeit NOT PINK laptop with a stylish bag that can double up as a hand bag, well let’s just say the feminist in me won’t be particularly offended.

About the author:
Theodora is a blogger, photographer and actress interested in fashion and tech who enjoys a good opinionated rant now and again. Theodora currently works for a site specialising in laptops and LCD TVs.

How to Build a Laptop 5 weeks 3 days ago
Wipedrive, the World Leader in Data Deletion Technology 1 year 32 weeks ago
7 Easy Steps to Start Your Own Fashion Blog 15 weeks 5 days ago
What technology comes after the DVD and the BLU-Ray disc? 25 weeks 5 days ago